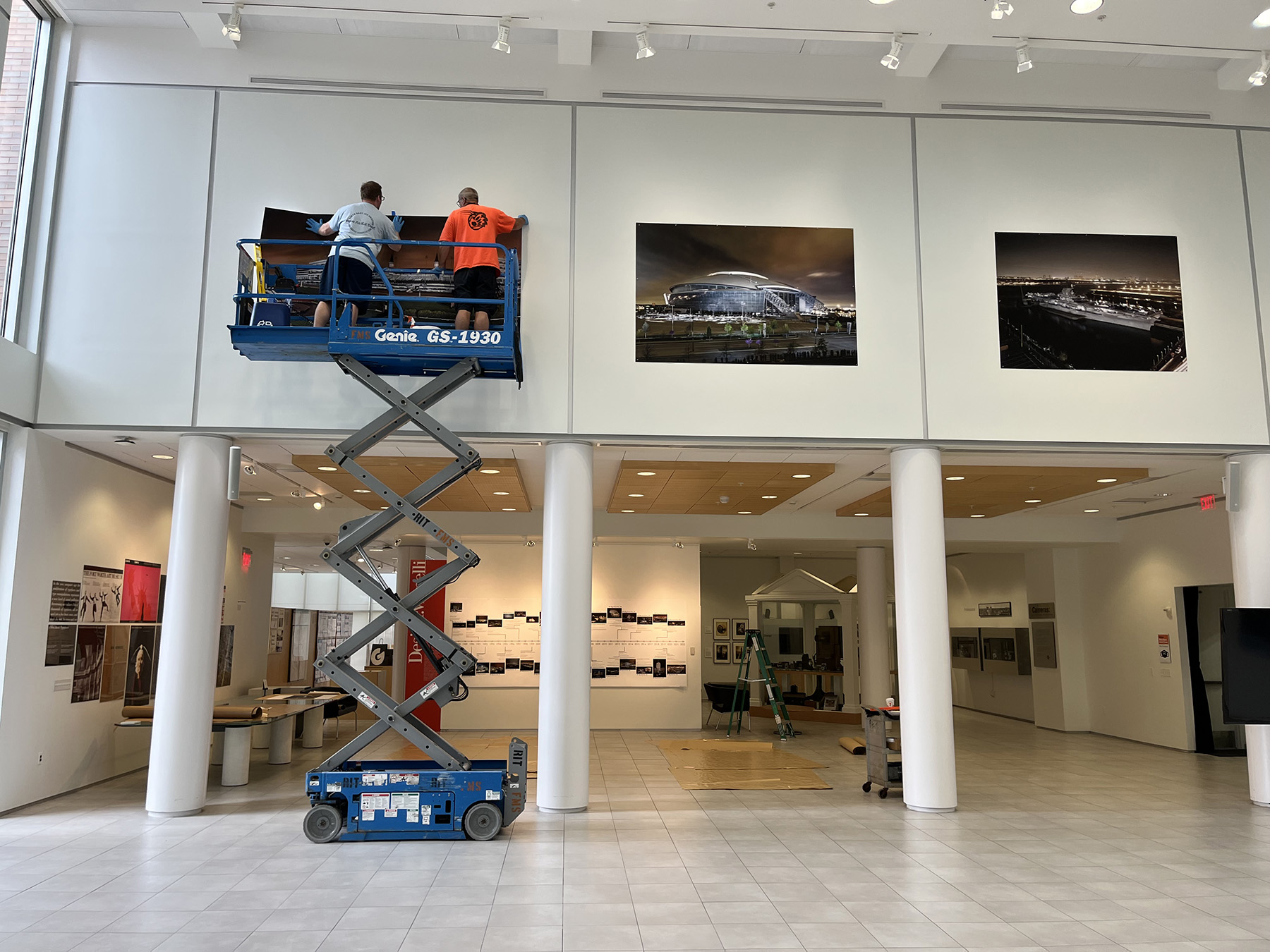 The storied history of the RIT Big Shot, one of the university's signature events, is being celebrated during an exhibition running Aug. 15 to Oct. 16 in University Gallery.

The show is a dynamic display of the stories behind the first 35 years of the nighttime community photographic project. It features large-scale prints — made in RIT's Imaging Systems Lab (ISL) — of dramatic images of well-known landmarks, artifacts and news clippings from past events, and archived behind-the-scenes images and video footage.

About the Big Shot

Started in 1987 by Professors Michael Peres and Bill DuBois, the Big Shot is produced and co-sponsored by RIT's School of Photographic Arts and Sciences and the National Technical Institute for the Deaf (NTID). It is often is described as a “painting with light” event because participants are asked to “paint” or shine their light source onto a particular area of a landmark while RIT photographers shoot an extended exposure.

The event has traveled to several national landmarks and twice crossed the Atlantic Ocean. Through their viewfinders, Big Shot photographers have captured sites in the United States such as Kodak Tower in Rochester, N.Y.; Churchill Downs in Louisville, Ky.; AT&T (formerly Cowboys) Stadium in Arlington, Texas; and the Smithsonian National Museum of the American Indian in Washington, D.C. Internationally, the RIT team has captured Pile Gate in Dubrovnik, Croatia, and the Royal Palace in Stockholm, Sweden.