The highest honor in BCA is to be selected as a Louis Schmidt Laureate. Named for a founder and the second president of the Association, this honor is bestowed "for outstanding contributions to the progress of biological communications."

Symbols of the Schmidt Award include the BCA key inset with a diamond and the Gold Headed Cane - a traditional symbol in medicine of high achievement and honor. A committee of the nine most recent Schmidt laureates makes the selection of the recipient subject to approval by the Executive Committee.

This award is bestowed for exceptional contributions made during an extended career and over a period of time that may still be ongoing. Louis Schmidt laureates are selected according to the four core criteria listed below:

The Louis Schmidt Award is the highest honor given by the BioCommunications Association (BCA), formerly the Biological Photographic Association (BPA). The award was initiated in 1948, and was originally called BPA’s Annual Award. In 1953, it was re-named in honor of the Biological Photographic Association’s second president, to recognize those in the profession who have made outstanding contributions to the field of Biological Communication. Those so honored are called Louis Schmidt Laureates. Mr. Schmidt was in charge of Photography at the Rockefeller Institute in New York City, and was a founding member of BPA in 1931. He had an abiding interest in sharing his photographic knowledge with his students, and in promoting the highest technical standards in our association. In 1945, on the occasion of his death, the BPA Journal Editor, Leo Massopust, commented, “In many ways, the BPA is a monument to Louis Schmidt.”

The Louis Schmidt Award had its beginnings in photography in biology and medicine. With progress of communication technologies it has grown to recognize the expanded and expanding fields of communication. Communicators in the life sciences now work in motion pictures, television, computer technology, digital imaging and related endeavors. Sharing a body of work that represents advances in the field may be made by publication in printed journals but may not necessarily be the only type of publication. Publication by electronic means such as video, CD, web sites, electronic journals, and other means now available or will be in the future should be considered. 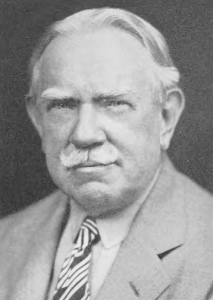 Newly selected Louis Schmidt Laureates are introduced at the BIOCOMM Honors Banquet and are presented with a certificate, BCA key inset with diamond, and the gold-headed cane; the latter of which shall be passed to each new laureate.  BPA President Dr. Edmund J. Farris & Harold Baitz, of the Wistar Institute, originally designed the BCA Key in 1948 as an indication of BPA membership, with the jewel later added to indicate the Louis Schmidt Laureate.

The generous gift of a 100-year-old, gold-headed cane was presented by Mrs. Mary Lappan Vetter, of Pittsburgh, Pennsylvania and received August 4, 1990, in Phoenix, Arizona. The cane was presented for the first time to Robert F. Sisson on August 3, 1991, in Tampa, Florida. The gold head is composed of heavy inlaid gold on a copper base. The principal value of the cane is due to the goldsmith’s ability to create and fashion a design of elegant beauty. The cane’s original owner was Dr. Goebel who received it in a presentation of unknown designation in 1902. It came into Mrs. Mary Lappan Vetter’s possession upon the death of her uncle, Father Thomas T. Lappan. Many universities, colleges and hospitals in Great Britain and America have adopted the practice of awarding a gold-headed cane as the highest honor that can be bestowed on one of their staff members. The BioCommunications Association, through the generous gift of Mary Vetter, is pleased to present this special cane as its highest honor. 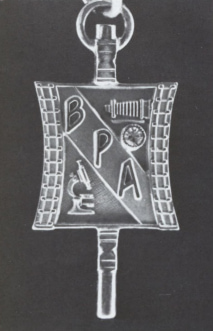 Click on the dates below to expand the lists