Dr. David Malin, AM, has been involved in scientific imaging all his working life, initially using optical and electron microscopes. In 1975 he joined the Anglo-Australian Observatory to photograph larger and more distant things.

He brought with him photographic techniques that he had devised for use in in microscopy but had not been used in astronomy before. These image enhancement techniques pre-dated Adobe Photoshop by 20 years and led to a series of interesting astronomical discoveries, including two new kinds of galaxies.

These techniques also led to a novel way of making true-colour astronomical images of very faint objects for the first time, and from these, much scientific information can be gleaned. Beyond the scientific data, these photographs have a broader public appeal and continue to be widely published.

David was awarded an Honorary Doctor of Science from the University of Sydney in 1989 for his contributions to astronomy, and a similar degree from RMIT University in 2003 for his advancement of scientific imaging.

David is the author of numerous books on astronomical and photographic topics. Most recently, he was a major contributor to Phaidon's Universe: Exploring the Astronomical World a richly illustrated feast of art, history and astronomy.

His pictures have been made into a series of exhibitions that have toured Australia, the UK, USA, Europe, Japan, China and India. He has collaborated with Australian composers Martin Wesley-Smith and Ross Edwards on audio-visual productions which combine astronomical images with modern music.

Along with a distinguished panel of Australian astrophotographers, David continues to be involved with the judging of the “David Malin Awards”. These are the premier astrophotography awards named in his honour.

Darkroom to Digital, via Paris and Sydney

As a 15-year-old chemical lab technician with Geigy UK in the 1950s, David was asked to photograph some crystals with an optical bench microscope (a Watson Holophot). It would only accept glass plates for photography and everything was adjustable, but it led to a much broader interest in optics and photography. Eventually, David ran his specialised lab that served all the divisions in the UK company, offering scanning electron microscopy (SEM), X-ray diffraction imaging (XRD), electron microscopy (EM) and much more. All these imaging techniques used specialised forms of technical photography.

In 1975, David accepted an offer to join the then-new Anglo-Australian Observatory, based in Sydney Australia. Astronomical photography was literally a ‘new universe’ to him, but he soon devised new ways of extracting data from glass plates which led to many scientific publications. David also devised a way of making true-colour images of very faint objects from black and white plates.

This brief talk touches on these topics and some of the technological challenges found in imaging incredibly small to incredibly large subjects. 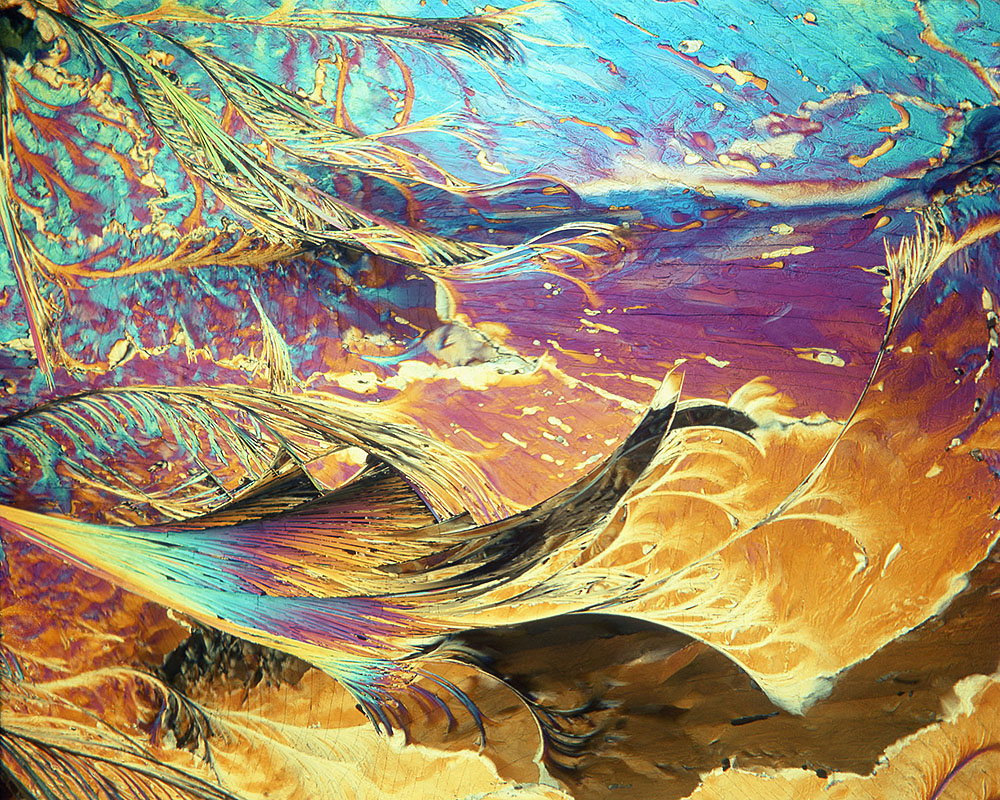 Polarisation micrograph of a thin layer of anthrone (9,10-dihydro-9-oxoanthracene) 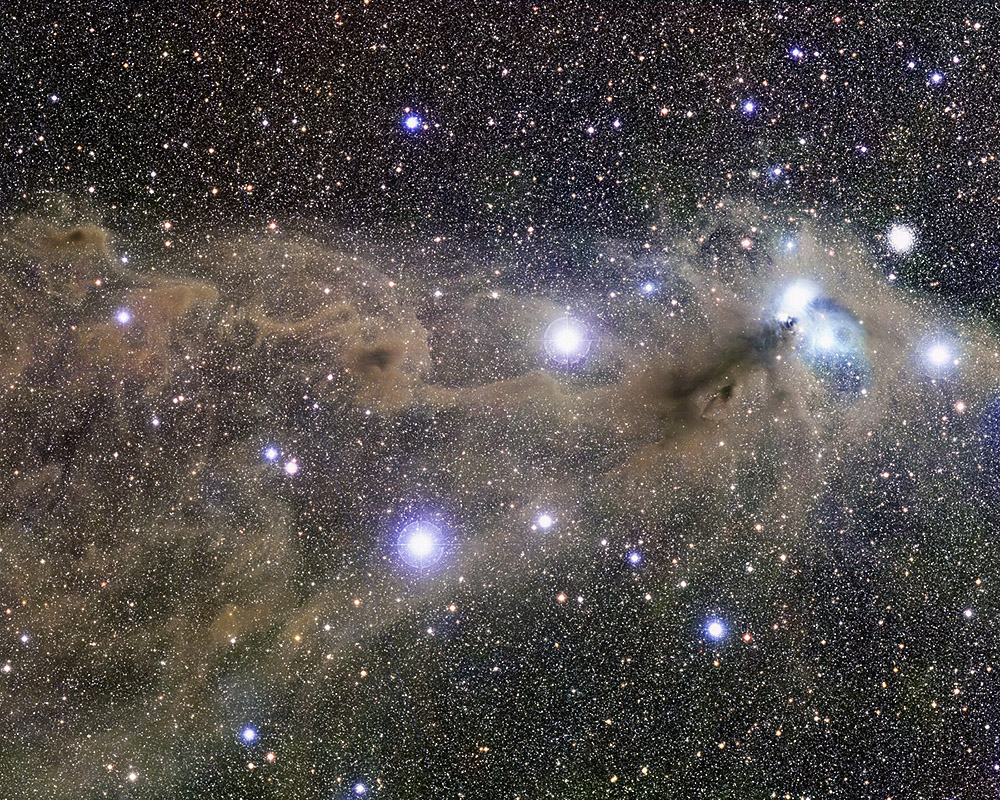 The faint tail of the Corona Australis reflection nebula (widefield)